In Octorber 15th 2011,the openning ceremony of ATAD’s Sport, Game and Singing Competition 2011 was taken place at the hall of factory that is located in Binh Huu II Hamlet, Duc Hoa Thuong Ward, Duc Hoa Commune, Long An Province. This event was organized by Human Resource Department, Labour Union together with the board of ATAD for anniversary company’s establishment (From Oct, 12th,2004 to Oct,12th, 2011). This was not only a chance to create good relation between employees and staffs but also encouraging their working morale in the future time.

The Sport, Game and Singing of this year was very impressive with seven competitions: painting skill competition, welding skill competition, mini football, tug of war, karaoke, table tennis, traditional game. All competitions that contained teamwork spirit such as: football and tug of war attracted the most participants and supporters. The enthusiastic fans have made the matches become hotter and more exciting. Beside that we also had professional competition in skill and that would be the best stage for all employees showed their talent, their skill, learnt more experience from each other. In addtion, we had traditional game that required coordination between couple competitors most. Like the previous year, Karaoke was interesting most contestants, each contender with his own unique performance style. One was romantic, one was active…All melody of the contestants made this event become more and more successful and unforgetable.

After more half day, with dynamic, enthusiastic spirit, ATAD labour union along with the board have rewarded to individual as well as the best groups as following:

The third runner up: The welding team and the assembling team

The second prize: The welding team

The traditional game: we had six prizes

Thanks to the preparation of HR department and labour union with the compact as well as efficient organization form, clear assignment from stage decoration, list game, game rules to guest welcoming, cost of awards … that let ATAD’s Sport, Game and Singing Competition 2011 end successfully. This is an annual activity of Labour Union so as to evoke solidarity of staffs and employees, create a lively environment as well as improving the quality of their life. 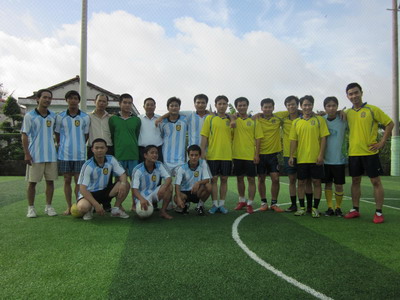