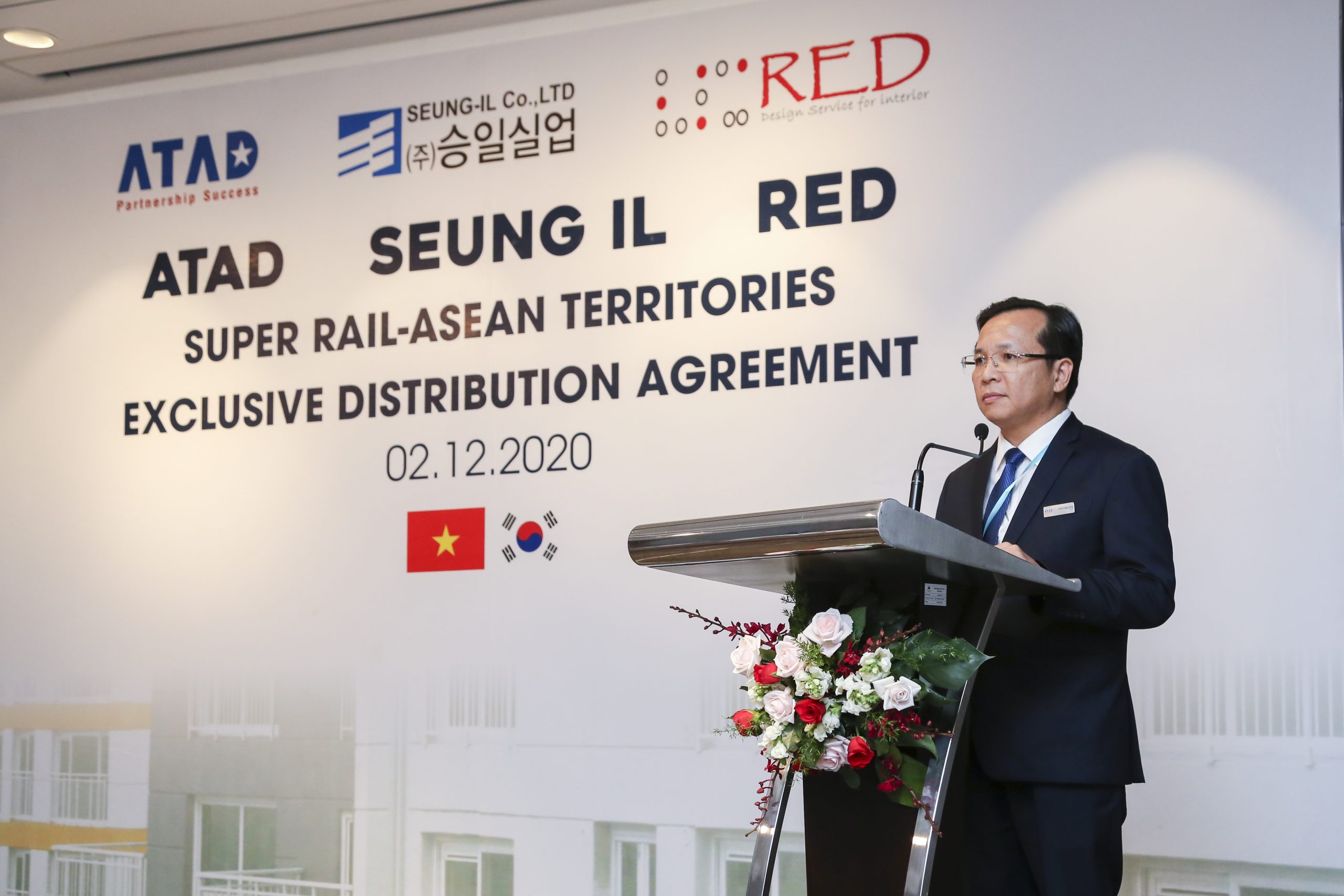 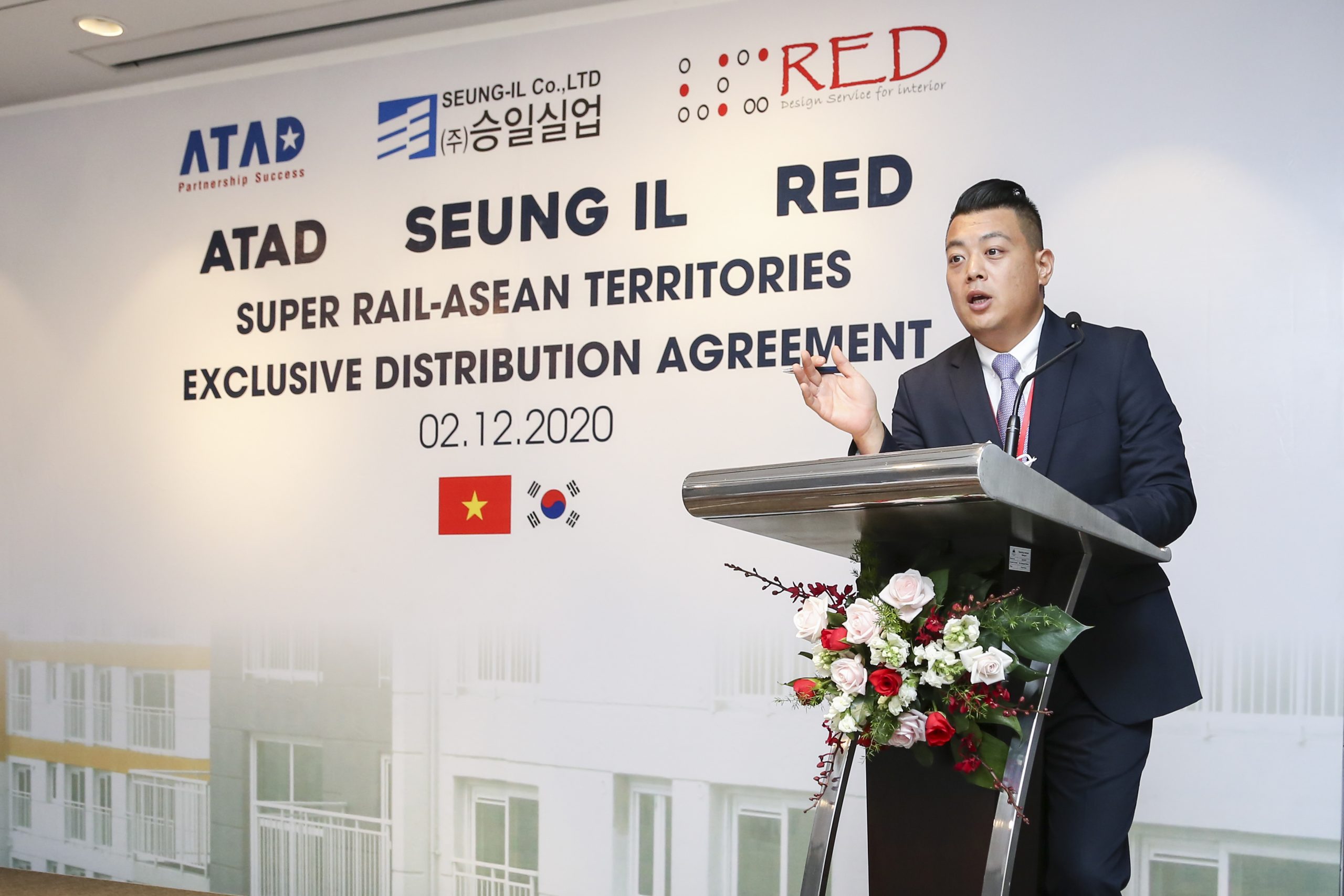 The signing ceremony of an exclusive distribution contract between ATAD and RED Company marks an important milestone in ATAD’s product range development strategy. Accordingly, ATAD is officially the exclusive distributor of Super Rail railings and handrails in 11 countries: Philippines, Indonesia, Thailand, Myanmar, Cambodia, Sri Lanka, Bangladesh, Maldives, Guam, Palau, Australia. With more than 16 years of experience in the steel structure industry with 10 representative offices in Asia and a network of partners and customers in more than 35 countries around the world, ATAD has committed to its efforts to develop this new product at markets where ATAD is operating as agreed between the two parties. 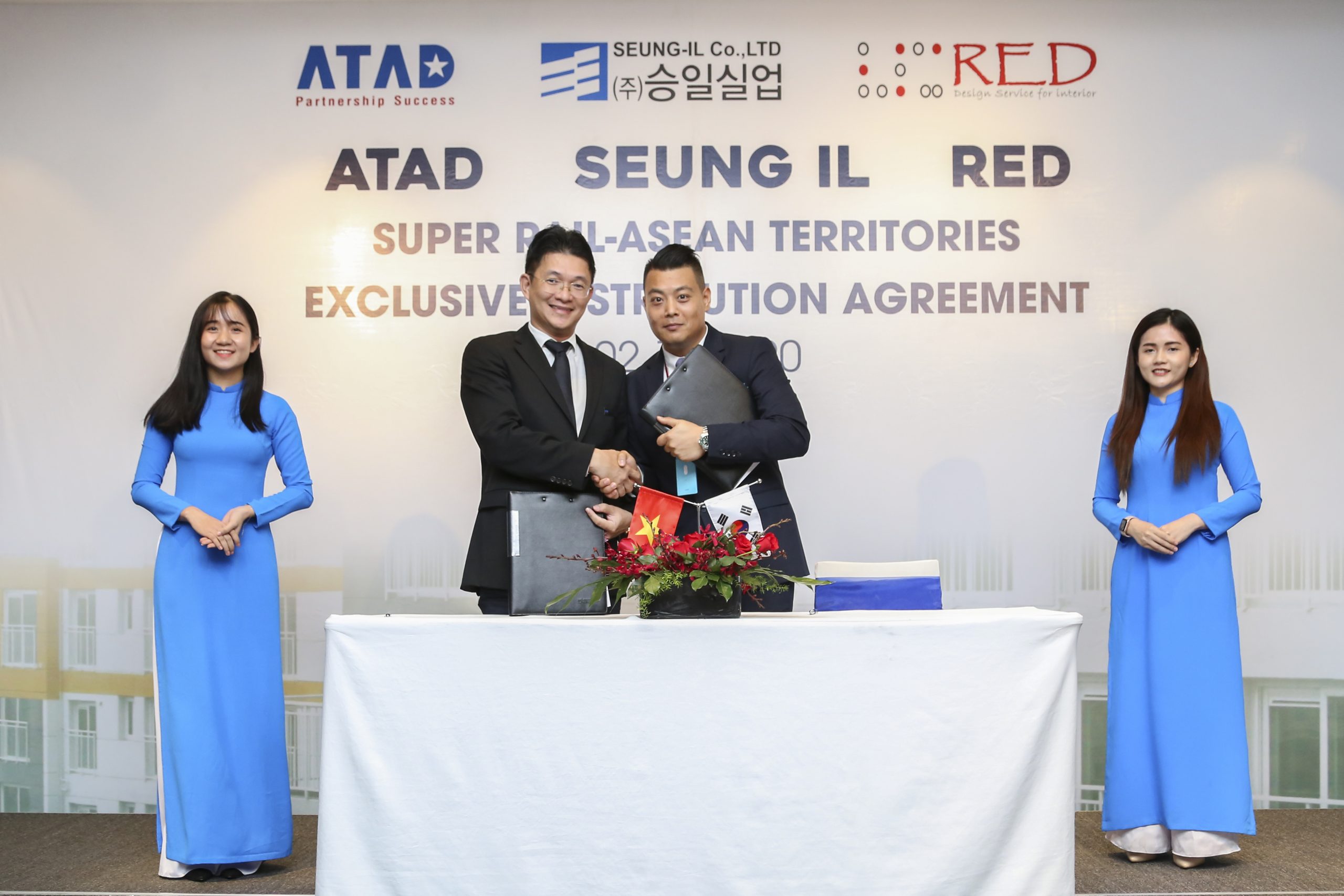 Through the signing ceremony, the two parties agree to cooperate for mutual benefits and set strategic business goals. ATAD and its partners believe that there will be many breakthroughs, marking an outstanding development in the process of “exclusive distribution” to bring Super Rail handrails and territories to countries around the world. 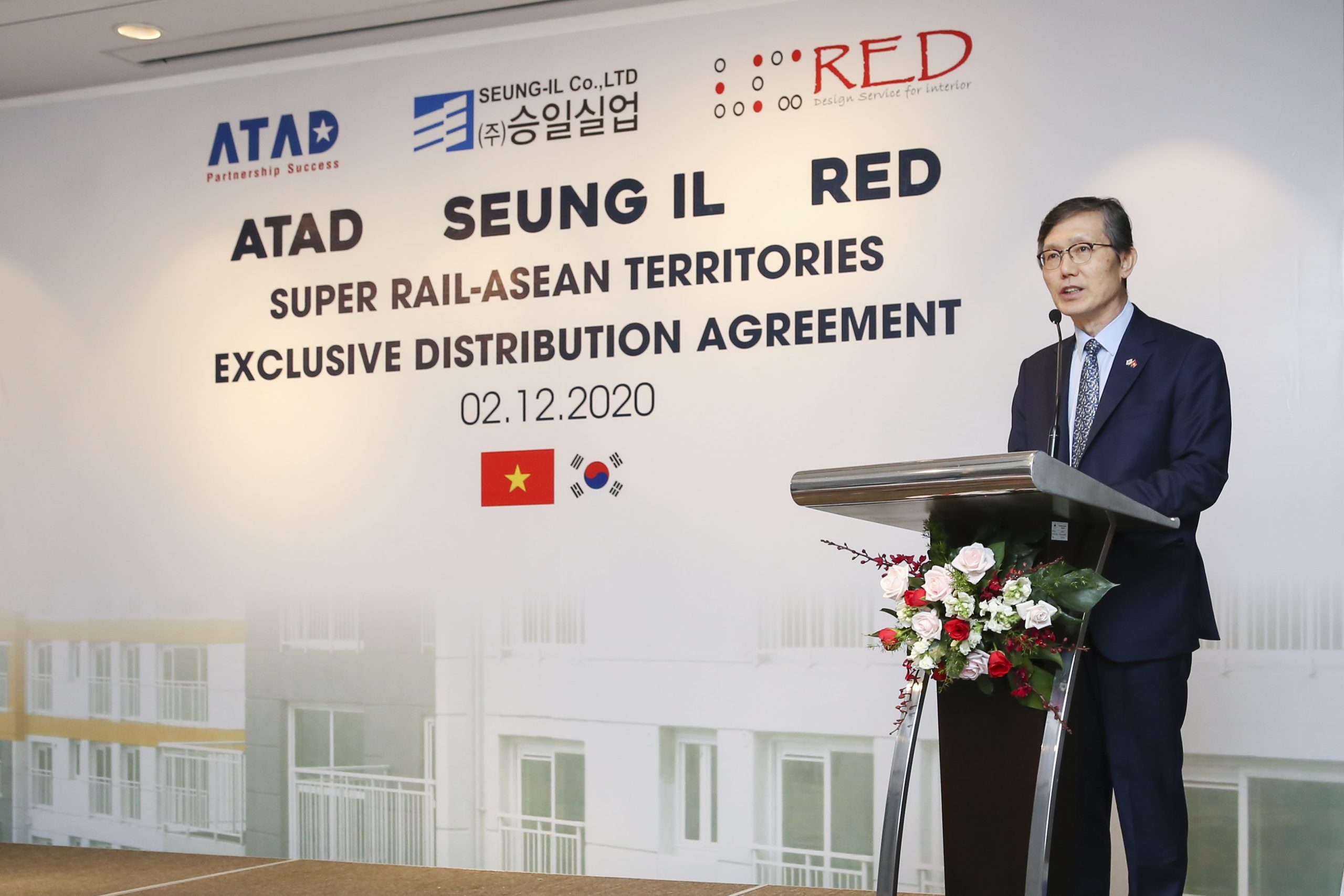 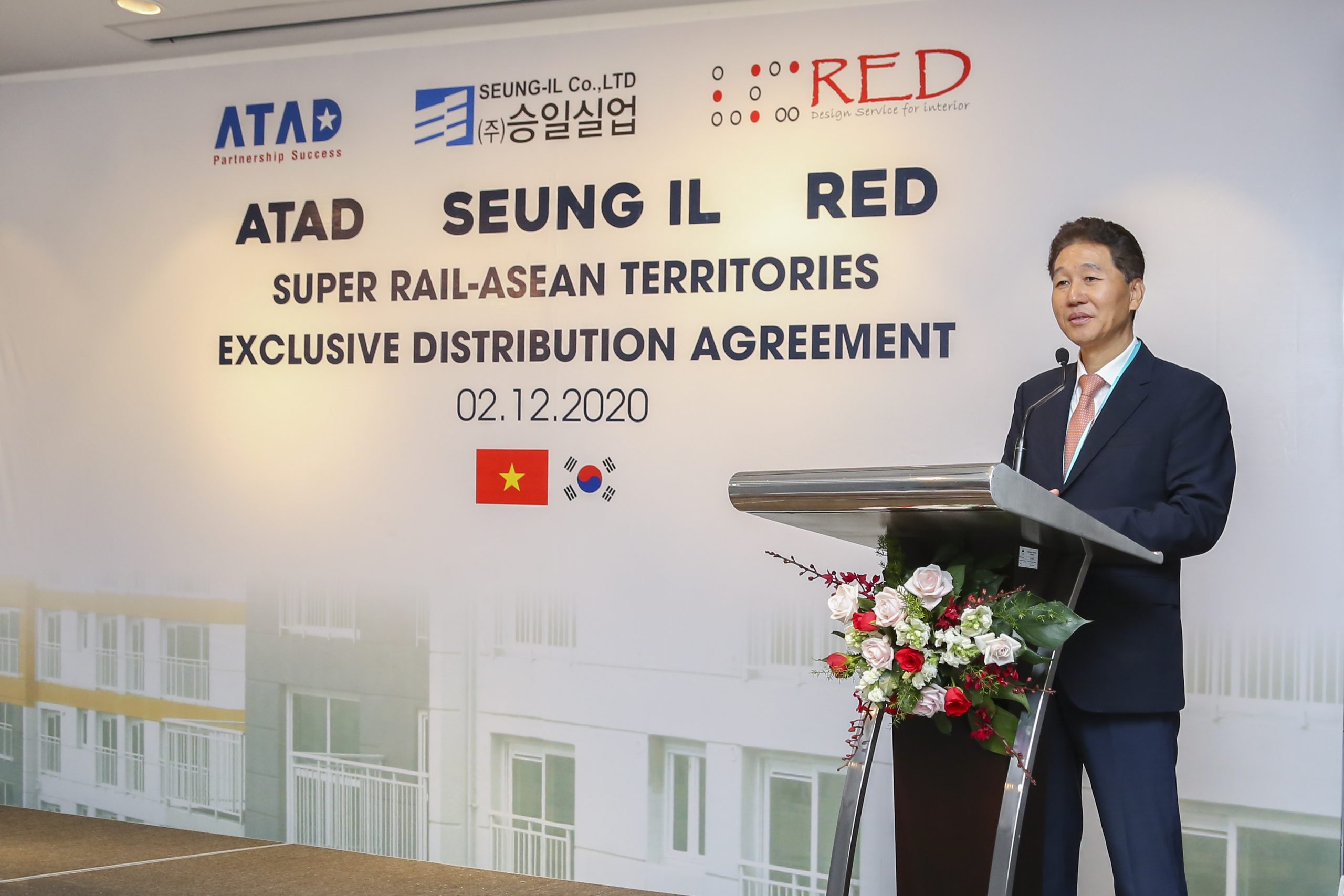 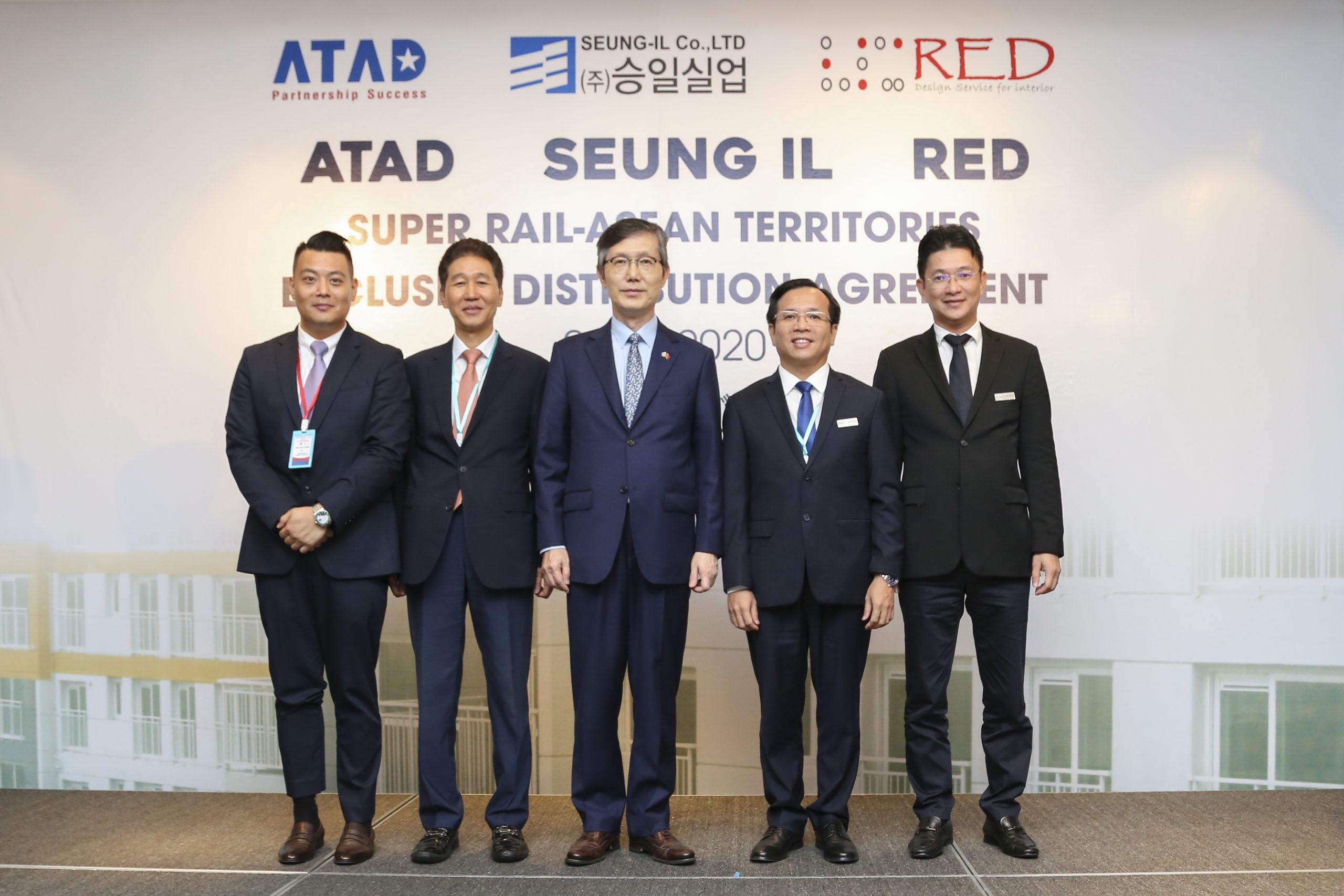 The leaders took photos together